Kathmandu: Nepal Prime Minister KP Sharma Oli on Monday once again blamed India for the rise of Coronavirus cases saying that people were coming into the country from across the border without proper check up. During an address to the nation, Oli said that people from India are coming without any checking which has contributed to the further spread of COVID-19 in his country.

While addressing the nation earlier in the day, Oli also said that fatality in Nepal is less in comparison to other countries of South Asia. In the last 24 hours, Nepal recorded its highest single day spike in Coronavirus cases with 79 more people contracting the virus taking country’s overall tally to 682.

Even last week, Oli had launched a sharp attack against India amid a border dispute, saying that the Covid-19 strain from India looked „more lethal“ than the ones from Italy and China.

Fatality in Nepal is less in comparison to other countries of South Asia. Those coming from India are coming in without proper checking which has contributed to the further spread of #COVID19: Nepal Prime Minister KP Sharma Oli pic.twitter.com/doKSZ53p5e

„Those who are coming from India through illegal channels are spreading the virus in the country and some local representatives and party leaders are responsible for bringing in people from India without proper testing,“ Oli had said in Nepal’s Parliament last week.

„It has become very difficult to contain COVID-19 due to the flow of people from outside. Indian virus looks more lethal than Chinese and Italian now. More are getting infected,“ he had said.

Nepal Prime Minister’s remarks blaming India for the spread of Coronavirus in his country comes on the outset of Nepal’s recent assertion to reclaim   Lipulekh, Kalapani and Limpiyadhura from India, stating that the areas belong to his country.

Oli’s assertion came after his Cabinet, last week, approved a new political map of Nepal in which Lipulekh, Kalapani and Limpiyadhura regions are depicted as the country’s territory.

Earlier, the Nepali government decided to seal off all the entry points to capital Kathmandu, with an aim to prevent the spread of Coronavirus in the densely-populated city. 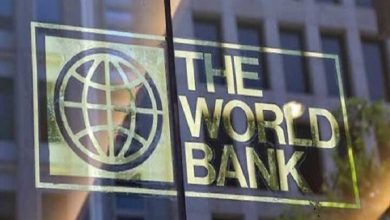