The spacecraft is the first to take the American astronauts to orbit from American soil in nearly a decade and took off at 3: 22 pm Eastern Time (ET).US President Donald Trump was present at the Kennedy Space Center to view the rocket launch.

New Delhi:  After nearly 2 decades of effort, Elon Musk’s company, SpaceX successfully launched a rocket ship with 2 NASA astronauts-Robert Behnken and Douglas Hurley, into the orbit ushering in a new age of human spaceflight in the United States.

The spacecraft is the first to take the American astronauts to orbit from American soil in nearly a decade and took off at 3: 22 pm Eastern Time (ET) from the Kennedy Space Center.

With the liftoff, SpaceX became the first private company to launch people into orbit, a feat achieved previously by only three governments: the US, Russia, and China.

The reusable, gumdrop-shaped capsule called Crew Dragon would now take the two American astronauts to a 19-hour journey to the International Space Station (ISS). The spacecraft is scheduled to dock with the ISS at 10: 29 am EDT on Sunday as cited by PTI.

President Donald Trump along First Lady Melania Trump was present with thousands of  Americans to watch the launch live on a bright Sunday afternoon.

Congratulating Musk, NASA and the astronauts, Trump described the launch day as a great day for the country.

„I’m so proud of the people, of NASA, public and private. When you see a sight like that, it’s incredible. When you hear that sound the roar you can imagine how dangerous it is,“ he told reporters soon thereafter.

„I think this is such a great inspiration for our country. Our country is doing well… We suffered something that was terrible. It should have never happened it should have never come out of China… That’s one of the reasons why I wanted to be here today and I think anyone of you would say that was an inspiration to see what we just saw,“ Trump said.

The mission was called off in Wednesday due to unsupportive weather conditions but this launch has given the Americans something to cheer up as the United state has been witnessing the worst of its time after 1000 number of deaths due to the Coronavirus pandemic and racial unrest across the country over the death of George Floyd, a handcuffed black man, at the hands of Minneapolis police.

Before the launch, NASA administrator hoped this event to be a morale booster for the Americans, „Maybe there’s an opportunity here for America to maybe pause and look up and see a bright, shining moment of hope at what the future looks like, that the United States of America can do extraordinary things even in difficult times,”

The mission marks the first flight of NASA crews from the US soil since 2011 and the first launch of a rocket owned by SpaceX, the commercial space company founded by Elon Musk.

Minutes before the launch, NASA Administrator Jim Bridenstine said that the weather at Florida’s Kennedy Space Center looked good for launching US astronauts to the ISS. „Weather is a GO for launch!“ the space agency’s chief tweeted.

NASA has assigned Hurley and Behnken — two of its most experienced astronauts.

Behnken is the joint operations commander for the Demo-2 mission, responsible for activities such as rendezvous, docking, and undocking, as well as activities while the spacecraft is docked to the space station. He was selected as a

NASA astronaut in 2000 and has completed two space shuttle flights.

Hurley is the spacecraft commander for the mission, responsible for activities such as launch, landing, and recovery. He was selected as an astronaut in 2000 and has completed two spaceflights.

(With inputs from agencies) 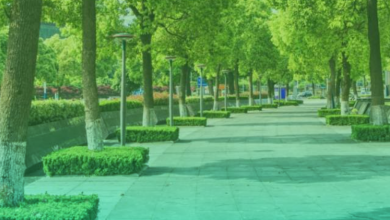