New Delhi: Domestic gold prices on Friday retreated as the risk appetite improved with countries unveiling additional measures to kick start the economy. On MCX, gold futures slipped 0.7 per cent to ₹48,459 per kg,  ₹46,369 per 10 gram, a day after it rose about ₹700 per 10 gram, according to Mint report. Silver prices also fell in line with the bullion. On MCX, silver futures declined to ₹48,402 per kilogram. Most of the gold in the country is imported and prices vary in different parts of the country which comprise 12.5 per cent import duty and 3 per cent GST. Also Read: Abu Dhabi-Based Mubadala Buys 1.85% Stake In Reliance Jio Platforms For Rs 9,093 Crore

Globally, gold prices were higher on a weaker US dollar and rally in the equity markets halted. Spot gold was up 0.2 per cent at $1,714.78 per ounce. The dollar index has fallen over 1.5 per cent this week, making gold cheaper for holders of other currencies.

The stimulus measures and deep cuts in interest rates have supported bullion prices, which is often seen as a hedge against inflation and currency debasement. Also Read: How One-Time Billionaire Ambani’s Empire Is Fading Into Oblivion?

According to news agency AFP, the European Central Bank has boosted its pandemic emergency support programme by 600 billion euros to 1.35 trillion euros ($1.5 trillion) in an attempt to boost liquidity in the system to support the economy hurt by the Covid-19 outbreak.

Despite the turmoil, investors are still seeking refuge in the safe-haven metal and investing in gold ETFs.  SPDR Gold Trust, the world’s largest gold-backed exchange-traded fund, said its holdings, dipped 0.1 per cent to 1,132.21 tonne on Thursday.

Gold traders will be closely track the US nonfarm payrolls data expected in the day. Meanwhile, the European Central Bank cleared a stimulus package on Thursday. Other precious metals including platinum soared 0.4 per cent to $840.39, while silver was trading flat at $17.72. 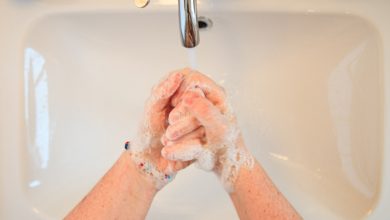