Jewellery shops have opened in certain parts of the country after almost two months, but the demand in the bullion is expected to be hit by the Covid-19 induced lockdown and high prices.

New Delhi: Gold prices in India slipped again on Thursday even as global rates rallied amid the escalation of US-China tension On MCX, June gold futures dropped 0.25 per cent to ₹46,416 per 10 gram. According to reports, jewellery shops have opened in certain parts of the country after being closed for almost two months. The demand in the bullion is expected to be hit by the Covid-19 lockdown and high prices.

There is a variation in gold jewellery across the country as a result of excise duty, state taxes, and making charges. Gold is typically seen as a hedge against inflation and currency debasement.

Silver rates also plunged with July futures on MCX falling 0.2 per cent to ₹48,310 per kg, after witnessing a 1.2 per cent rise in the previous session, according to the business daily Mint.

Earlier this month gold prices had hit a record high by touching ₹48,000 per 10 gram but since then prices have remained volatile in sync with the decline in global rates.

Experts have opined that the geopolitical tension including the US-China trade war and Iran-Venezuela oil trade in the middle of US sanctions may push the prices. However, as global economies kick start their economy and surge in equities may offset the gains in gold prices.

Globally, gold prices inched higher even as there is no breakthrough in the US- China relations. Spot gold was up 0.2 per cent at $1,711.35 per ounce after it fell to a two-week low in the previous session. As countries announced fresh stimulus gold prices rallied, too.

The European Union has announced almost $826.13 billion plan to revive economies hit by the coronavirus outbreak.

Gold traders will keep a close watch on the upcoming US Federal Reserve Chairman Jerome Powell comments on Friday. US jobless claims data for ended May 23 will be also be revealed on Thursday. 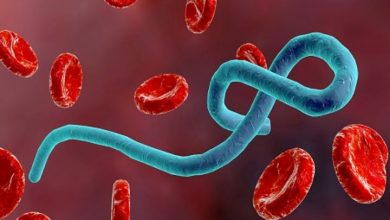 Ebola Virus Outbreak In Republic Of Congo Amid Covid-19 Crisis; Know What Is It & Its Symptoms