Demonstrations and riots have spread to cities across the US after a video went viral of the custodial death of George Floyd, a 46-year-old African-American man who was pinned to the ground in Minneapolis, on May 25 by a white police officer who kneeled on his neck as he gasped for breath.

Protesters kneel and hold up their hands in front of a row of police officers in riot gear during a demonstration against the death of George Floyd at a park near the White House on June 1, 2020 in Washington, DC. (Image: OLIVIER DOULIERY / AFP)

New Delhi: Thousands of citizens continue to protest against the killing of an African American man George Floyd. Tech giants like Google, Apple, and Microsoft have also come forward to speak up against racial killings in the US.

Penning a note to Microsoft employees,  Satya Nadella asserted that human existence was rooted in empowering everyone on the planet. In his note, he asked people to have empathy for those who were scared and uncertain. Nadella wrote that everyday racism, bias, and hatred were not new adding that it was ‘reality in daily lives’ particularly for the black and African American community.

Nadella’s Microsoft also said they will be using the platform to amplify voices from the Black and African American community at the company.

There is no place for hate and racism in our society. Empathy and shared understanding are a start, but we must do more. I stand with the Black and African American community and we are committed to building on this work in our company and in our communities. https://t.co/WaEuhRqBho

Google and YouTube on Sunday put a black ribbon on its home page in the US, showing solidarity for protests against the death of George Floyd, an unarmed black man, in police custody. „We stand in support of racial equality, and all those who search for it,“ the message read on the Google home page.

Today on US Google & YouTube homepages we share our support for racial equality in solidarity with the Black community and in memory of George Floyd, Breonna Taylor, Ahmaud Arbery & others who don’t have a voice. For those feeling grief, anger, sadness & fear, you are not alone. pic.twitter.com/JbPCG3wfQW

The same message was also placed on the US home page of Google-owned YouTube and Alphabet.

Apple CEO Tim Cook also condemned the racial killings and stressed that right now, there is a pain deeply etched in the soul of the nation and in the hearts of millions.

„To stand together, we must stand up for one another, and recognize the fear, hurt, and outrage rightly provoked by the senseless killing of George Floyd and a much longer history of racism,“ Cook said in a memo to employees.

„That painful past is still present today, not only in the form of violence but in the everyday experience of deeply rooted discrimination,“ he added.

Cook said that there has been progress since America he grew up in, „but it is similarly true that communities of colour continue to endure discrimination and trauma“.

“While our laws have changed, the reality is that their protections are still not universally applied. To stand together, we must stand up for one another, and recognize the fear, hurt, and outrage rightly provoked by the senseless killing of George Floyd and a much longer history of racism,” he said in the memo.

Many Apple employees have raised concerns about discrimination, according to the memo. “I have heard from so many of you that you feel afraid — afraid in your communities, afraid in your daily lives, and, most cruelly of all, afraid in your own skin. We’ve strived to build an Apple that is inclusive of everyone. At Apple, our mission has and always will be to create technology that empowers people to change the world for the better,” Cook said.

The white police officer who killed Geroge Floyd has been fired, and on Friday was arrested and charged with third-degree murder and manslaughter. 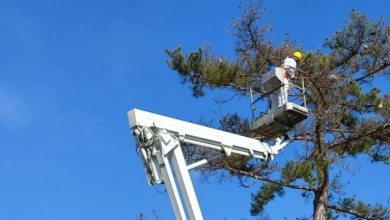