US President Donald Trump has threatened to use the military to stop violence erupting in several states due to protests over the death of George Floyd.

US President Donald Trump walks with US Attorney General William Barr (L), US Secretary of Defense Mark T. Esper (C), Chairman of the Joint Chiefs of Staff Mark A. Milley (R), and others from the White House to visit St. John’s Church after the area was cleared of people protesting the death of George Floyd June 1, 2020, in Washington, DC. – US President Donald Trump was due to make a televised address to the nation on Monday after days of anti-racism protests against police brutality that have erupted into violence.
The White House announced that the president would make remarks imminently after he has been criticized for not publicly addressing in the crisis in recent days. (Photo by Brendan Smialowski / AFP)

New Delhi: As protests over George Floyd’s death intensifies, US President Donald Trump has warned of deploying the military to stop the violence. According to a report by PTI Trump declared himself “the president of law and order” and said that he will utilize ‘thousands and thousands’ of soldiers to put an end to the protests if the governors do not use National Guard to end protests which have now spread to over 40 cities in the country.

Senior defence officials have said in the report that between 600 and 800 National Guard members from five states were being sent to Washington to provide assistance. The troops were either already on the ground or will arrive by midnight.

Protestors have been actively clashing with the police who have been using tear gas on demonstrators. In a video that went viral police in New York City were seen driving vehicles onto a crowd of protestors. At a press briefing Trump had said that he is committed to getting justice for the death of George Floyd but also in protecting the country from violent mobs.

“All Americans were rightly sickened and revolted by the brutal death of George Floyd. My administration is fully committed, the justice will be fully served for George and his family and He will not have died in vain,“ Trump said during a press briefing. My first and highest duty as president is to defend and protect the great country and the American people. I have sworn an oath to uphold the laws of our nation and that is exactly what I will do,“ he added.

He added, „We cannot allow the righteous cries of peaceful protesters to be drowned out by an angry mob. The biggest victims of the rioting are peace-loving citizens in our poorest communities. And as their President, I will fight to keep them safe. I will fight to protect you.“

America’s Civil War-era Posse Comitatus Act prohibits the use of Federal troops from doing domestic law enforcement. In severe conditions, the President can use the Insurrection Act which allows the use of active-duty or National Guard troops for law enforcement.

The protests over 46-year-old Floyd an African American man who was killed by a white police officer continues in the US and has even spread across major cities in the world. After protestors in Washington D.C gathered in front of the White House, Trump was even briefly taken to an underground bunker on Monday. 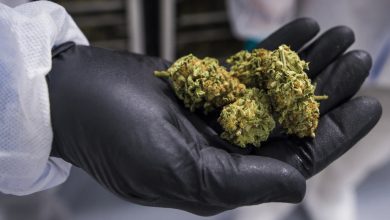