Described as ’surreal‘ and ‚remarkable‘ sight, several videos from last evening are making rounds on social media showing thousands of people holding their cellphones in the air ― with the flashlights illuminated ― for the stirring rendition.

George Floyd’s death has stirred protests across the US states. Floyd was killed by a policeman as he exerted pressure on his neck publicly in America. The whole incident was captured on camera which was followed by outrage among people. The residents of United States came out on the streets showing placards and raising their voice against the death of African-American man.

A matter of relief is that the lootings have stopped since the deployment of national guards. Protests are not violent, rather people are staging peaceful demonstrations. On Wednesday evening, thousand of citizens joined together to sing Bill Withers’ hit melody “Lean on Me” outside the White House.

Described as ’surreal‘ and ‚remarkable‘ sight, several videos from last evening are making rounds on social media showing thousands of people holding their cellphones in the air ― with the flashlights illuminated ― for the stirring rendition.

Surreal, beautiful, peaceful scene outside the White House as a man sings “Lean On Me” and thousands and thousands of protesters raise lighted cellphones and join their voices with his. pic.twitter.com/iAr0WWYc3u

Peaceful #GeorgeFloyd demonstrators here outside the White House are now sitting, phone lights on, singing “Lean On Me” — all while military and federal police stand in front of military vehicles guarding the White House. pic.twitter.com/IzqC8snoxB

What looting? What vandalism?

An endless sea of people singing Lean On Me lighting up the sky with their phones outside The White House. pic.twitter.com/pJ9NF9mtSI

Forty-six-year-old George Perry Floyd was arrested on May 25 after a store employee called the police about counterfeit dollar bills. The report came soon after Floyd purchased a pack of cigarettes from a store where he was a regular customer. Despite his compliance with the police at the time of arrest, Floyd was killed by a white police officer who knelt on his neck despite his repeated appeals that he cannot breathe.

Developments so far in the case suggest that all four police officers involved in the death of George Floyd have been now been fired from the department. Former policeman Derek Chauvin who had pressed his knee on Floyd’s neck has been charged with murder charges. 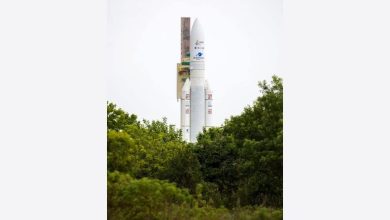